1.) Shoah Aliyah Placeholder
The simple design of the yellow star (brass) is in honor of the Jewish people  who were forced to wear yellow stars as a Nazi concentration camp badge  on their sleeves during the Holocaust.  The cut out shape inside the star is of the Hebrew letter shin, which in this case stands for “Shoah” that means Holocaust.  10% of proceeds from the sale of this piece will benefit the Jewish Family and Children’s Services Holocaust Center. 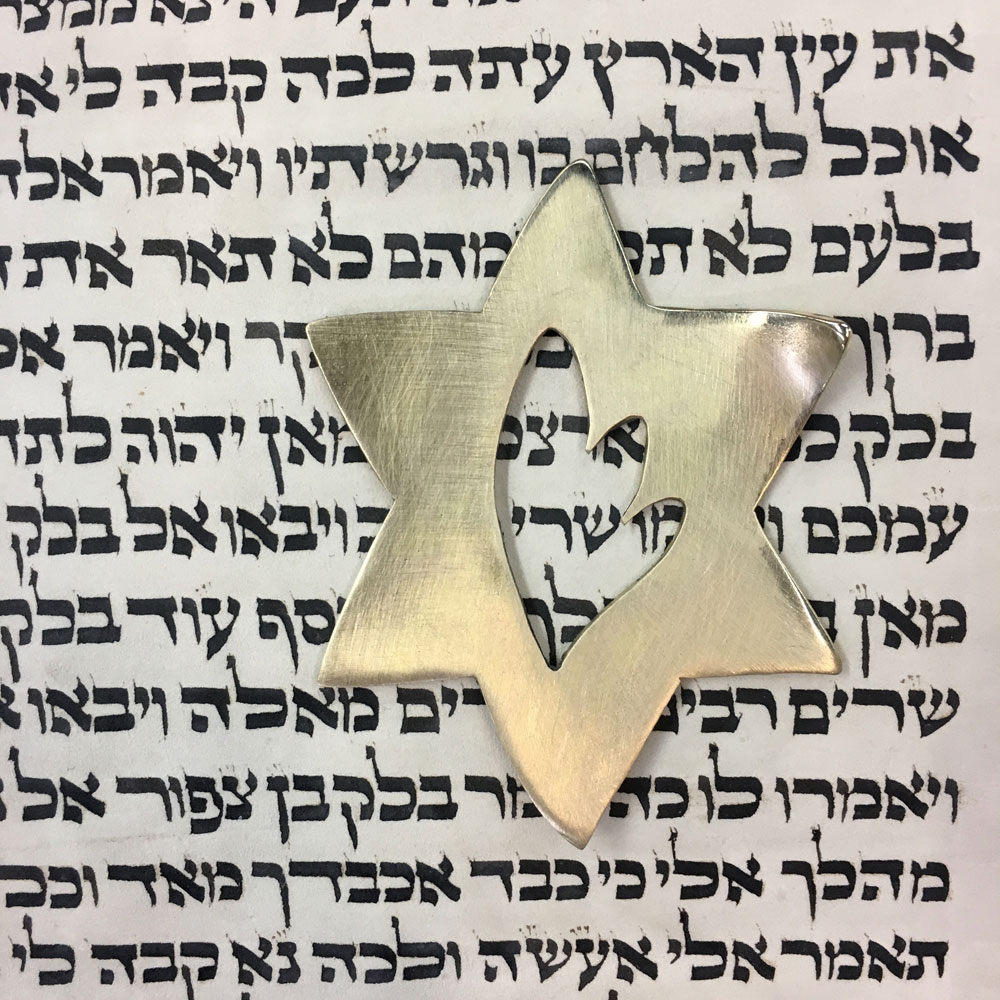 With the Nazi-Trump regime taking over the U.S. government, my mind and body have been in turmoil.  Lest we forget how gradually the Holocaust catastrophe began.  It occurred to me that many Torahs survived the Holocaust, including the one that we use as part of Art for Prayer and Peace: A Bridge to Oneness.  See image below.  I will keep one of the Shoah Placeholders with this Torah, which was scribed in Germany in the 1850’s.

The simple design of the pink triangle (bronze) is in honor of the male homosexuals who were forced to wear a pink downward pointing triangle as a Nazi concentration camp badge on their sleeves during the Holocaust.  A layer of gripping rubber helps hold the piece in place on the slanted table or “bimah” that the Torah rests on. It makes an amazing gift for LGBTQ Rabbis, Congregations, Father’s Day, Mother’s Day, anyone who chants Torah or teaches Torah or the Holocaust.  10% from the retail price of this piece will benefit Keshet LGBTQ Family Camp at Tawonga.

As the Trump Administration and the far right conservatives continue to disrespect gays in the military and gay families, it is important to remember just how far gay rights have come since the Holocaust.  This piece is my way of celebrating Gay Pride, and gay families– because Love is Love!

Sending All My Love,